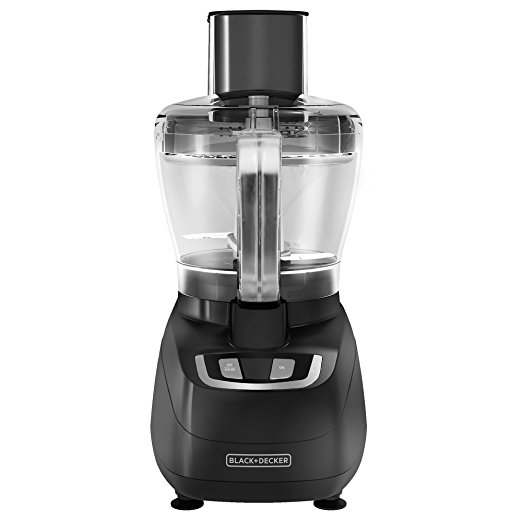 – Easy to clean and store

– Some parts are flimsy and can break easily

Some people would argue that having a food processor at your home is an absolute necessity and it’s not hard to see why. A food processor trumps a blender any day as it can do more than just blend. It can also chop, dice, slice, shred and process food in more ways than those mentioned.

It helps you prepare sauces, shakes, smoothies, ingredients, as well as all sorts of food. Owning a food processor can simplify the process of cooking so much as you won’t have to manually do the slicing and dicing yourself. Plus, they can be used for all kinds of food preparation from cooking to baking and more. As such, food processors have become a necessity in some homes.

If you want to try having a food processor of your own but still have a limited budget, then you can opt to buy this food processor. While it’s relatively cheaper than most of its more well-known counterparts on the market, the Black+Decker FP1600B performs really well for the price that you can get it for.

It has some flaws, but the good features outweigh the negative ones for a stellar performance. This food processor enables you to feel the advantages of owning a food processor and you will surely see the improvement in your kitchen and cooking process once you begin using it at home.

Take this into consideration before your purchase

This food processor is really loud and it can be quite a bother when you’re processing a lot of food, however, it does a pretty good job of doing what it’s supposed to do. This is not a very pricey product with regards to other food processors and some of the parts may be a bit flimsy and can break when not used properly, but this processor comes with a two-year warranty.

Another point of consideration is that the cord is only 25 inches long. If you’re planning to set this on your open countertop, make sure that you have an extension cord or a nearby socket.

Because some of the parts are also made in plastic, this processor can smell like burnt plastic in times of prolonged use. You can only use this processor for a couple of minutes or so before you have to let it take a break.

The capacity of this processor is also a point of concern as it can be too small for really big batches of food and won’t close safely if it exceeds the limit. While not as pricey as the more high-end food processors on the market, it works well for the price.

Because this food processor is run on 450 watts, it’s powerful enough to process all kinds of food, from softer ones to really tough or hard ones like nuts or meat. You can chop, dice, mince, slice and process food in more ways than one.

The work bowl has a capacity of 8 cups (1892mL), which allows you a reasonable capacity to work with. In one go, you are able to process a lot of fruits and vegetables, or any kind of food that your recipe requires you to prepare at the time. The processor comes with a food chute and pusher, which helps keep the processed food consistent.

The blades used by this processor are stainless steel and you get one chopping blade and a reversible slicing/shredding disc as well. These blades are sharp enough to satisfactorily process your food however way you want them. They can even powder nuts if necessary. The slicing and shredding disc can also make a quick work of blocks of cheese and other huge chunks of food like raw meat. Mixing is no problem with this machine as well and can even mix and knead your doughs for small pizzas and cookies.

This food processor has a safety interlocking system which does not allow you to run the blades while the lid is not securely attached to the bowl. Another safety feature are the suction cups at the bottom of the machine which are very sturdy and will keep the processor stable and attached to your countertop, avoiding any accidents.

There are removable parts which are dishwasher safe for easy cleaning. For convenient storage, the cord can be quickly wrapped around the base of the machine itself.

This machine is available for a reasonable price and its design and build are of good value for its price. You will get a quality product with what you pay for with the Black+Decker FP1600B.

The Pros And Cons

Power, convenience and safety features all make the Black+Decker FP1600B a must-have item in your kitchen. However, the good value you get for its price also comes at the cost of the machine’s extremely loud sound when operating.
N 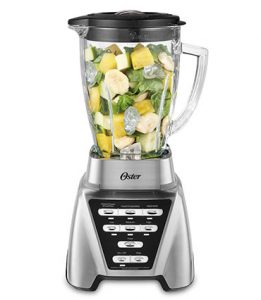 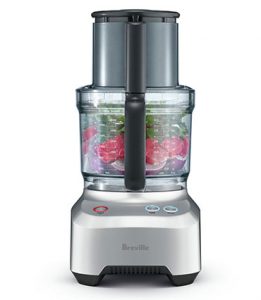 All in all, the Black+Decker FP1600B is a product that many users appreciate bringing into their kitchens. While a common complaint among users is that it’s a very loud machine, they say that it’s a reasonable trade-off for the affordable price of this machine.

When the volume of the machine is overlooked, it’s easy to see that this food processor is well-worth the price. It comes with a good number of features that any person needing a food processor might need. As for the cheaper aspect of the materials and designs, it can be justified that you are getting as much as you pay for for this food processor.

It’s a great must have for people who want to try having a food processor in their home. Truly, the number of pros outweigh the cons when it comes to choosing this food processor.